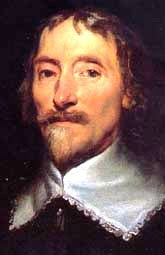 It is Agincourt Day, so perhaps the right time to comment on William Shakespeare. The debate on his authorship has been restarted by the film “Anonymous”. This is one of many attempts to deny his claim. The prime difficulty of nearly all of these is that they concentrate on a limited circle of poets and aristocrats who are reckoned to be superior in many ways.

There are few attempts to place Shakespeare in the real world of Warwickshire and London at the time and even fewer to search around the sources on the many and various families who had some sort of connection to him. These are largely omitted from or footnotes to the general and even literary histories.

For the most part they are minor gentry, merchants and similar who are there to be found. This post is almost entirely factual. There is very little theory or debate and less speculation other than one or two common sense observations in this item.

Yet this is a bare outline concentrating on the main strands only. If one took account of all the others known, connected by marriage or contact and their lives, which relate to the main strands we would be looking at a major piece of work.

It is very complicated but there is a simple proposition. At the time of Shakespeare there were just too many people who knew him or of him for the authorship to be much of a secret. It is possible to give a sketch of those people to put it all in place.

Down the later generations taking the known and direct links, some of which do reach into the higher aristocracy and monarchy there is a growing number of people in each generation who connect and into the 18th Century they lead directly into the literary and theatrical life of London and The Midlands in that period.

If they accepted Shakespeare it is difficult to see how, with their background, it could be any other person. We begin with the Somerville family who are known to be close to Shakespeare, notably in his later life on retirement to New Place at Stratford.

In the 15th Century in the Guild of St. Anne at Balsall, near Coventry there were displayed the Arms of the Aylesbury family. Also in membership were some named Shakespeare. Where John Shakespeare, father of William or his family came from is not known. What is known is that his mother was Mary Arden understood to be related to a collateral branch of the major Arden family of Warwickshire.

They were based at Park Hall, now enclosed in Birmingham. The Aylesbury’s were based in Eastcote in the 16th Century between Birmingham and Coventry and not far from Balsall with holdings elsewhere. Late in the 15th Century the senior member of the Aylesbury died leaving only an heiress, Joan, who took with her on marriage the estate of Edstone, in Wootton Wawen just north of Stratford upon Avon.

She married a Somerville, so their estate in the immediate later generations was owed to the Aylesbury inheritance. Meanwhile the next male Aylesbury heir remained at Eastcote. At some time the Aylesbury’s acquired a property in London, Holborn in the Parish of St. Andrews, now overlooked by Mirror newspapers.

So in the time of Shakespeare William Aylesbury and his first wife, Anne Poole of Sapperton in the Gloucestershire Cotswolds were in and around Holborn, London and Warwickshire. At the same time the Somerville family had made a Corbett marriage.

The Poole’s were a major family at that time in Gloucestershire with as neighbours the Whittington’s who had moved down from their original estate at Pauntley. There had been a marriage. Also amongst the marriages are another major family, the Bridges, later Dukes of Chandos and rather further back a Rawley of Devon.

A short distance from Sapperton were the Marsh’s of Edgeworth, probably originally rich wool merchants from Cirencester who became minor landed gentry. Their story is a little later on. As well as those mentioned there were a whole clutch of families intermarried and in activities that inevitably must have transacted with those of the burghers of the major trading town of Stratford on Avon.

To return to Stratford, who was close in location and connections? At Alcester, there was the Willoughby family with a lineage in the maternal line derived from the great magnates of the 14th and 15th Centuries through a marriage to a Welles.

At Coughton there were the Throckmorton’s a family at the very centre of Elizabethan politics and The Court of Queen Elizabeth I. Across the river at Charlecote were the Lucy family, notable, if not at the highest levels.

Look at Edward Arden*, c1542-1583, who married Mary Throckmorton* and whose son-in-law was John Somerville*...Amongst the many Throckmorton marriages was a Bridges. One major branch of this family were located in Northant’s of which Sir Nicholas Throckmorton*, a major figure was the head.

Sir Nicholas married Ann Carew*, the daughter of Sir Nicholas Carew* and their daughter, Elizabeth (Bess) Throckmorton* was Maid of Honour to Queen Elizabeth I* before Sir Walter Raleigh* closed in married in haste and they both finished in The Tower of London where their first child was born.

Sir Nicholas Carew was related to Queen Elizabeth I by virtue of their shared ancestry from Sir Thomas of Hoo*. Lord of Hoo and Hastings. His father, also Sir Thomas of Hoo was at Agincourt as Knight of the Pennant to Thomas, Lord Camoys who commanded the Left Wing of the army. The younger Sir Thomas married twice, firstly to Elizabeth Witchingham and secondly to Eleanor of Welles.

Queen Elizabeth I descended from Geoffrey Boleyn and Ann of Hoo, daughter of the first marriage, whilst the Carew’s descended from the second marriage to Eleanor.

In 1578 the Queen visited Norwich and worshipped in the Cathedral. Her throne was directly opposite the tomb of Geoffrey and Ann and with the arms of Boleyn, Hoo, Witchingham, St. Leger and St. Omer emblazoned above it.

Sir Nicholas Carew was one of the Companions and also Master of the Horse to King Henry VIII and Knight of the Garter until his beheading in 1539. He was of Plantagenet descent which if the Beaufort descent were disallowed on the basis of the births outside marriage of their ancestor meant he had a better claim to the throne than King Henry VIII.

One of the plays that Shakespeare is said to have had difficulty with is “King Richard II” dealing as it did with the overthrow of a rightful King. In this play there is the merest of hint of wider knowledge in the passing mention of Sir Robert Waterton.

Waterton was one of close followers of Bolingbroke, later King Henry IV* who may well have ridden with him in the Lithuanian Crusades. He was Constable of Pontefract Castle when King Richard II died there. Also, Waterton was the grandfather of Cecilia Waterton, the first wife of Lionel, Lord Welles and they are all buried together at Methley Church in the same tomb.

I did say it was complicated.

Back to Holborn in the time of William Shakespeare and to look at someone who was around, Sir Thomas Aylesbury 1st Baronet* (picture above), son of William and Anne Aylesbury of Eastcote and Holborn above and also brother to Anne (later).

Sir Thomas, in his poetic youth, apparently knew Richard Corbet or Corbett*, later Bishop of Oxford who frequented the Mermaid Tavern. Corbet was another poet whose works are largely forgotten.

Meanwhile, his sister Anne Aylesbury had married Francis Marsh of Edgeworth. His parents were Henry Marsh and Mary Leigh, daughter of Sir Nicholas Leigh of Addington*, in Surrey.

Another member of this Leigh family was Charles Leigh (died 1605)* a voyager of the later Elizabethan age who experiences seem to be close to those of the travellers in “The Tempest”.

The Archbishop’s wife was Mary Taylor, daughter of Bishop Jeremy Taylor* one of the leading Anglican clergy of his time and formerly Chaplain in Ordinary to King Charles I* having joined him at Nottingham in 1642 when he raised his standard against Parliament. Her mother was Phoebe Langsdale or Landisdale which brings us back to Holborn.

Phoebe’s father was Gervase (or Jarvis) Langsdale or Landisdale a leading Merchant who resided in Holborn and was buried at St. Andrews. In his will of the late 1620’s as well as money and property was £100 worth of tobacco. To be holding that amount of tobacco at that time suggests a range of business contacts that are interesting. Also, he was in Holborn and busy at the same time as the Aylesbury family.
In 1715 Barbara Marsh went on to marry the Very Reverend Wettenhall Sneyd and have 21 surviving children. This Sneyd family was wealthy gentry in Staffordshire; the University of Keele is based on the Keele Hall which was their major estate. In the 18th Century there were other branches in Staffordshire by Lichfield and in Ireland. Their lives were interwoven.

Also, close to Lichfield at this time were the Somerville family, having removed from Wootton Wawen and the senior Arden family removed to Yoxall, an early example of flight from an expanding Birmingham. It was at Lichfield that both Dr. Samuel Johnson* and David Garrick* enjoyed being mentored by Dr. Gilbert Walmisley*. There was quite a literary circle visiting.

Richard Lovell Edgeworth* was there from time to time, he married four times, twice to Sneyd girls. Anna Seward*, The Swan of Lichfield was in the area. A little further afield a Mrs. Ralph Sneyd became the lady on the Wedgwood pottery. For a time Richard Brinsley Sheridan” was MP for Stafford.

Which takes us to the Irish branch of the Sneyd’s and the family of Archdeacon Wettenhall Sneyd and Barbara Marsh based at Kilmore in Co. Cavan. This family were close to the Sheridan’s for several generations at one time being linked by marriage. Also in the area were Oliver Goldsmith before he went to London and the Nesbitt’s, of whom Arnold with others also went to London.

Arnold married Susannah Thrale, sister to the Henry Thrale whose wife, Hester was patroness of Dr. Samuel Johnson. Arnold, having no issue by marriage, and an MP made up for it by his affairs with actresses. To say that they were all intimately connected to the theatre of the time is no exaggeration.

Another complicated strand to all this is the Herveys, Earls of Bristol, the same Hervey’s whose Isabel had married Sir John Leigh of Addington, father of Nicholas. There are a number of other family possibilities and this is just a prime one.

To return to William Shakespeare and where he lived in London or who he spent time with other than the theatricals. There is very little known about this. But he had a wife and family in Stratford and possibly did not want much in the way of being responsible for a household in London.

So who did he lodge with and with whom did he eat and take his time? Moreover, who might have the room to give him space? If it was not one of the great lords it might well have been someone he knew and trusted from the wide circle of contacts from his home and district some of whom were wealthy enough to take in a non-paying guest with useful contacts.

More to the point, there were very many people close enough and knowing enough in both the London at that time and Warwickshire to know what he did write and what he was involved in. It is unlikely to have been much of a secret because so little was kept confidential in those times.

And that is not including the servants, the gossips and all those people unable to keep quiet about anything.