Devalued, Silver Threads Amongst The Gold 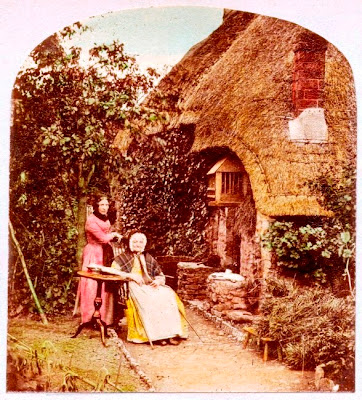 In leading stories this week have been items on the financial debacle of the Southern Cross Care Homes, mentioned in this blog a while ago, the AgeUK forecasts of serious problems for the very old needing care, the protests at cuts in mental health spending and support, the treatment of people in other care homes who have serious mental conditions, the hospitals where the aged are dying of dehydration and the local authority tightening of care in the community care provision.
For Southern Cross the size of their deficit appears to be about £100,000 for each person in its care. There is an interesting symmetry here to the same rough figure for the other financial debacle in the retirement leasehold sector. When Peter Bottomley appeared on TV to explain matters he mumbled something about “financial engineering that I do not understand”.

Leaving aside the issue that he is paid either to understand or to find out in any debacle of this kind my own view is that if many people I know can understand the basic questions either he is being economical with the truth or is as thick as two short planks.

Nor is it much use calling it “capitalism” or “free market”. It is not capitalism as we know it, Jim, from the past and the markets that are relevant to the problems we are looking at are anything but free.

Quite what words might be used I am not sure but we have a very new structure of finance and money control in which the professional politicians at the heart of central governments, an oligarchy of financial operators and a global network based not on nation states but on tax havens and secrecy jurisdictions function to extract as much as possible the benefit of a few.

The problems of care for the old and vulnerable on our own patch are going to worsen on present trends. There has been enough on this blog to point to many problems. Some of those of the present and past were due to inflation and if this does return will add to the severity of the situation.

If the expectation of life continues to rise there will be more people of greater age with all the difficulties arising. Also, as they become older so will their children be older and often pensioners themselves. With both present and future pensions being squeezed as well as the middle income ranges they will have less income.

It is said that at present savings are historically low and for the majority of people nowhere near enough to provide for old age. That is, if you work. Increasingly, however the over 50’s are being dumped out of employment to make way for low wage younger people on different contractual arrangements.

These younger people at present are not saving much, are not accruing assets and many are not in pension schemes. The running joke “the bank of Mum and Dad” is amusing but the implications are far from funny.

It may not be long before the size of the aged population totally far outruns the ability of the younger generations to cope either personally or financially. At present the State seems to be running far behind the game and if anything all its regulation and intervention is counter productive.

This month’s edition of CAMRA’s “What’s Brewing” has the headline “New Campaign To Protect The Nations’s Crisis Hit Pubs”. The bloke who runs one of the last local’s left in this area tells me it is all down to recent government taxes and regulation coupled with something called “financial engineering” by companies who see pubs as property assets for the purpose of leverage (not on the pumps) and borrowing.

So for the old there isn’t even a local to go to for an hour or two any more.