Oh For A Muse Of Fire 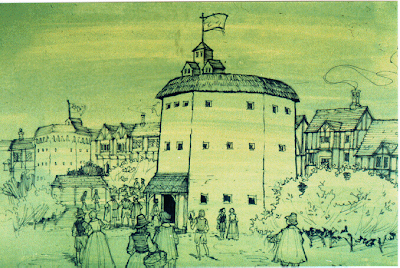 Andrew Marr dislikes us. He suggests that some of us are seriously biased in our opinions, careless with sources, misunderstand things, economical with the truth, sometimes misleading and often make free with the work of others.

Of course this is something that never happens with TV, press and respectable journals. Has any journalist ever, including Andrew Marr done such a thing?

We bloggers, we happy bloggers, we band of wired siblings; for he today that shares his blog with me shall be my sibling, be they ne’er so vile, this blog shall gentle their condition.

Yes, well, it’s a cut and paste job with minor amendments courtesy of William Shakespeare, late of Holborn, Southwark and Stratford upon Avon, but thanks to the net the research and use takes minutes and not weeks.

William was a cut and paste merchant of the highest class, however, raiding sources with discrimination and wit. Clearly he was writing for his immediate market and did not have to bother about media critics or any of our modern limitations.

His background and time spent here and there had equipped him with a range of language and understanding utterly beyond modern comprehension. Also the range of people he would have known, done business with and talked to again would be outside our experience.

I can imagine him at the house in Holborn of another William, surnamed Aylesbury and his wife Anne he from Warwickshire, she a Poole from Sapperton in Gloucestershire, both county gentry stock, entertaining a few friends, family members and both personal and business connections.

Anne might have been with one group talking about how to deal with the sicknesses and fevers so common. She told them that from her garden she might take peaseblossom, mustard seed, cobweb and moth. Asked what wild herbs she might use in her broad Cotswold voice she says “I know a bank whereon the wild thyme blows, where oxlips and the nodding violet grow…”.

From this couple it is possible to track through a complicated network of families and connections to the Lichfield society of Johnson, Garrick, Edgeworth and others. Moreover this William Aylesbury and Anne were great great grandparents of Queen Mary II and Queen Anne, along with Queen Elizabeth I the only monarchs since the Conquest to have much in the way of English ancestry.

So when Henry Purcell was composing based on Shakespeare his patron Queen Mary II is very likely to have been aware of any deeper meaning in the words and music.

Andrew Marr in company with others in his trade does not like us and chucks in a few insulting remarks in the hope of a free bevvy at the Champagne Bar in the Floral Hall at Covent Garden courtesy of a corporate sponsor. He ought to beware. Bloggers may start picking on him and there is a lot to pick at.

On the other hand when I was doing my bat out of hell run to the cloakroom, not looking where he was going he once crossed my path. I just managed the side step, next time I might not bother.

There has been a more serious take on blogging from the other side of the Atlantic, Nate Hagens in “The Oil Drum” web site on 26 September did a long think piece, around 1500 words on the whole issue, link below, it does take some reading:

Basically, we are all just another group of scribblers using the techniques of our time as Shakespeare used those of his. He was a marvel and a genius. There may be the ultimate blogger out there who is but we shall never know if any posterity will remember him.

In the last few weeks some well known bloggers have taken to the hills and have gone quiet. The immediate future looks very challenging but onward ever onward.
Posted by Demetrius at 17:56