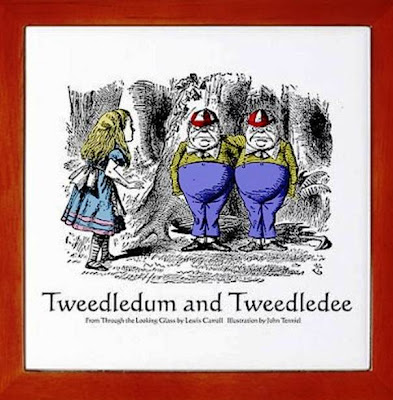 With the stage set with Cameron and Miliband the main protagonists, the mind wanders back to other similar political contenders of the past. I will skip the longer history but the BBC4 piece on the decade long era of Wilson and Heath gave me reminders of how bad it was and how little we have learned.

By the time this began in 1964 I had been working a while, mortgaged, with children and hard pushed to run an elderly Standard 10 car on the family budget. In an age without credit cards, when food was relatively more expensive and when consumer goods in general were relatively costly in comparison with disposable income, there were no foreign holidays, no big spending and necessarily a close interest in politics.

After a job change a couple of years before, in 1967 I was asked to give a short talk to the local Junior Chamber of Commerce about what the Wilson government were faced with. My thesis at the time was that it did not look good and it was clear that we had ugly choices in whether to try to have progress and prosperity in industry and commerce i.e. “growth”, continue pretending to be a world power or whether the welfare state was sustainable.

My boss heard about this and was livid, denouncing me to all and sundry for my lack of loyalty, my failure to understand the crucial need for prestige, my suggestion that the British Government had significant imperfections and that the British pound could not continue to be central to the world economy and future.

Six weeks later the pound was devalued, we departed from East of Suez and it was clear to any sane person that the game was up. My boss never spoke to me again, so I moved jobs.

The trouble was that sanity was not much in evidence in the higher reaches of the governments of either Wilson or Heath. Because of the system we had politics that turned almost solely on the then marginal constituencies, what was spent on who and keeping the London media happy. If you look at exactly were the marginal seats were then it will tell you a great deal about many decisions at the time.

What I see little of is just what was in the heads of either Wilson or Heath. We see all the hindsight studies about who did or said what at the time. But what were the experiences that shaped them? Wilson was a bright boy who went to Oxford and was on course for an academic career when the war turned him into a senior Civil Servant largely dealing with supply and the Home Front.

In the 1940’s this meant the centralisation of almost everything and the extension of state power and interference into every aspect of life, in short “Whitehall Knows Best”. The 1945 Election meant a Labour government determined to secure the “commanding heights of the economy” and run them for the theoretical good of the State, which is where the Labour party began to come apart at the seams.

Wilson’s economics were learned in the 1930’s and whilst he may have kept up with the subject it was already moving rapidly in several directions. Certainly, it was very difficult to work out which was most likely but Wilsons background was not going to help make the right decision.

Heath on the other hand, another bright scholarship boy, spent time in a Europe riven by enmities and civil conflict leading to war. He then served in the Royal Artillery and seems to have done his duty very well. But The Gunners way of working was not quite like that other arms. This is a large subject I will skip. But the Gunners were highly organised, needed managing in detail and precision was the key to their efforts across their activities. Quite unlike politics in the UK. Also his economics were learned at the same time and in the same town as Wilson’s.

After the war, Heath pitched up in the Ministry of Civil Aviation for a brief spell. This ministry at the time was almost a total statist organisation. Like many other nations there was a firm belief that all aviation, military and civil was a central government operation and any civil elements were incidental but worked under direction.

Then Heath went on to Brown Shipley and Co., private merchant bankers with a central role in trade and financing. Again, basic to many of these companies was the need to keep the UK at the centre of world finance, almost at all costs. The firm still exists and can be googled. It has a brief history on the web page.

After that in 1950 Heath entered politics and make rapid progress because of his diligence, Gunners attention to detail and contacts in The City. But between him and Wilson, apparently so different, there were common intellectual and general policy interests that would take them along similar lines with disastrous results.

It is all there on the web to be seen in the biographies. There were the clumsy defence economies and the endless bad decisions with consequences that could have been foreseen however unintended. Also, the major changes to local government, the Health Service, major industries that were destructive of jobs, growth, and community and not least the surrender to Europe.

The reason was really quite simple. When the two of them, with their cronies and media advisers went in for hyperactive State activity they did not see or realise how the changes in progress in many areas were going to change the structure of industry, how commerce operated, how people would choose to live their lives and how finance was going to become so dominant.

So what changes?
Posted by Demetrius at 16:05