Property Tax - The Price Of Folly 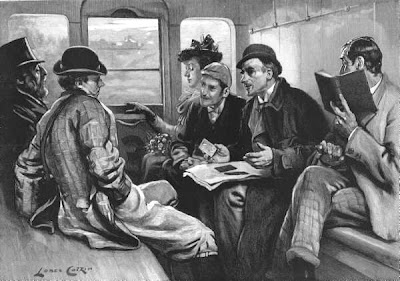 No apologies for dealing with this topic again. This is not about the philosophy, morality, or justice of differing tax systems. It is about the brutal realities of the now and immediate future. It is an issue that is not going to go away because of the fiscal situation the government has created for itself, and a network of problems that cannot be easily solved because essentially the horse has bolted taking the jockey with it. At present there is a major debate about how much is to be cut from government expenditures, by what means, and in which services in the public sector. A great many promises have been made by all parties that simply cannot be met without major adjustments.

What is being consistently ignored, because they do not fully understand it, are the issues about revenue, how much can be raised, by what means, and who from. A key feature is that few people realise by how much the tax base has atrophied in recent years in relation to commitments. There is almost too much to explain. To start with the young, if you keep them all at school longer, and then require up to a half to attend university to the age of 21 or more, and demand time out for training almost all the rest, then many fewer are paying much in the way of tax, and moreover greatly add to costs. If as a result of this many are heavily in debt in their early 20’s, then this will impact on their spending, and all the indirect and other taxes involved, and on their decisions on lifestyle.

At the other end of the age scale, early retirement has become a feature of modern life, notably in the public sector, and either in unfunded pension schemes, or in funded ones that are now seriously in deficit. Many of these people do not feature in the unemployment statistics, but even those with better pensions, the minority, will not be paying as much in tax, or spending as much on taxable goods as those in work. As for their savings, many seek out tax free options, and a good many have been inveigled into financial products that are claimed to reduce liability because they have offshore features. Many of those who invested savings recently in the Isle of Man will be paying even less, as their savings seem to have been lost.

Those that did retain savings for income in the UK have now seen major cuts in their investment income, and their tax liability and spending power. Beyond all this there has to be a possibility that one way or another, pensions will have to be reduced or at least capped for the foreseeable future and it is likely that more stealth taxes on pensions could be needed to reduce the burdens. Many of the very old have now been virtually stripped of most of their savings, either by “care” or property rackets run by close contacts and friends of our politicians.

Amongst the working population the scenario is much worse. At one time access to and use of tax havens and related financial schemes and products was restricted to a small and select minority. Over the last decade this has been developed into a major service sector dedicated to tax avoidance and often connected tax evasion. It has now reached out, if not to the toiling masses, then at least to anyone with the wit or ability to manage their funds, income, and assets by their own decision.

A jobbing builder down the street who does lofts and kitchens etc. but nothing big registers his vehicles in a tax haven and conducts his business through one. He does not employ anyone but makes use of a select group of self-employed craftsmen, who I suspect do not pay much tax at all. When I buy goods by phone or on the net, it seems that arrangements for billing and delivery are such to either eliminate or hugely reduce tax payments. Earwigging travellers on their mobile phones on the train tells me that many “suits” in middling jobs have complicated arrangements on and offshore for this and that. Tax avoidance is no longer the preserve of the bosses, it has become a feature and a “right” of the middle classes, broadly defined.

Our local High Street etc. is full of offices of banks, building societies, and travel agents etc. all of which can move handle and move money easily and readily. Yet in the back streets are a handful of “internet facilities” with a little payment office for transmitting funds here and there. There are rarely any people using the computers but often a little queue of men from other shores holding wads of cash. In the last decade many of these men have moved into rented accommodation, and I believe are entitled to housing benefit. The owners of very many of these properties have accounts for transmitting funds abroad, beyond the reach of British taxes. The idea that inward migrants will pay lots of clear tax with few commitments is substantially a fiction. Many are low paid, many do not figure in the financial statements, and morever those in cultures that demand strong family ties often bring over their aged and infirm, at least those in our vicinity do.

Then there are the NEET’s, Not In Education Employment Or Training class of youngsters who may now number up to million, who knows? They have their own tax free zone and where does their money comes from and go to? Last but not least are the several areas of criminal activity, some with apparently legitimate fronts, but which have major funds and assets, often abroad, untouched by any tax liability. Nobody knows how much may be involved here, but the figures are likely to be very large indeed.

You may have noticed, I have not mentioned the very rich, the governing classes, or the magnates of finance and commerce. I suspect that they will be taking every possible advantage to minimise their personal taxes. They are certainly a major factor, but a greater one in creating the path that so many now are following. Nor will I go into all the fiddles, VAT, benefits, etc. off balance sheet arrangements, all yielding incomes and assets to many all of which are untouched by tax.

So, if the government cannot now get at the incomes of so many, if consumer tax raising in the UK is steadily being eroded by outside sourcing, if in creating a greater number of “clients” the government is hugely reducing its tax base, who is left to pay? Those that are will not be able to stand the full price of the financial folly of the last decade from either their incomes or spending, and these in any case are the substantial part of the people who actually vote. In a worst case scenario this is the stuff of revolution, as in 1381, whether it is a property or a poll tax and many in other years and places since. When regimes fail to conserve and balance income and expenditure then they revert to the historical default of property taxes (in regimes with servile or bound labour poll taxes are a form of property tax) that cascade down the classes one way or another and can reach a point where it all breaks down, often with violence.

What is left, that cannot be moved abroad, that you know where it is, and can have a reasonable estimate of its worth and potential for tax? It is physical property, and that is why Property Taxes on an altogether different scale will be part of the struggle and anguish in the coming decades as the government seeks out funds. Vincent Cable’s tentative suggestion of a 0.5 figure on homes over £1 million in value is only the first toe in the ocean. My guess is we could eventually be looking at much higher levels on all property depending on conditions, vital to cover the ongoing deterioration in the fiscal position.

It is within my personal experience that until the 1960’s the then Schedule “A” tax applied to domestic owner occupied properties. On the basis of the kind of property I owned, a modest semi-detached without garage, that tax together with the council rates, also a property tax, the total annual bill ran to about 10% of my gross annual income and they amounted to 4% of the value of the property. So Vince Cable’s modest proposal to tax property asset millionaires is chicken feed.

The Schedule “A” tax on owner occupied domestic property was abolished as a means of encouraging home ownership and for the outgoing unpopular high spending Conservative Government to buy badly needed votes. In those days the whole shape and impact of taxation was very different, so it is very difficult to compare then from now. All I do know was that as a young family with children and an income slightly above the average, we could not afford a car, the housekeeping was very tight, we had little to spend, we hired the TV, and holidays were out of the question. So much for the “Swinging Sixties”.

The past is coming back to haunt us, and the bill will be in the post.